Some snowflakes had come down the night after Ann Arbor had received its icy sprinkling and the next morning I was greeted by blue skies and a wealth of light.
After my prolonged lunch break the day before I was very tempted to stay at home and catch up with my excessively interesting computer work but finally succumbed to the begging and whinging of Nature to get outside and watch it shine.
So I eventually did, what can you do, the soft side of me.

I have mentioned in my previous post on the icy rain that it was remarkable how one suddenly noticed so many things as being extraordinary that were always missed or went unnoticed before. This was already obvious on my way through town towards the Arb.
Take this building for example. 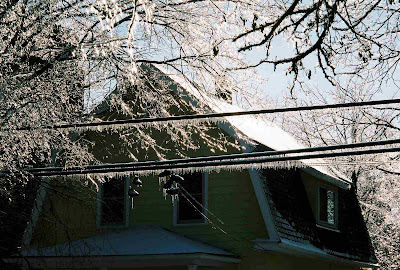 What is so noteworthy about it?
Well, nothing of course, but have you noticed the shoes hanging off the power lines? Neither had I during all my walks to the Arb and back. Here they are cropped a bit : 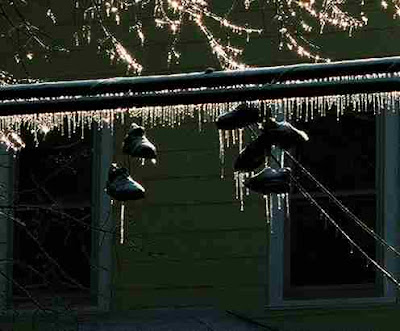 Or this annoying branch that has always been blocking the sidewalk.
Suddenly not all that bad, this time, I shall think? 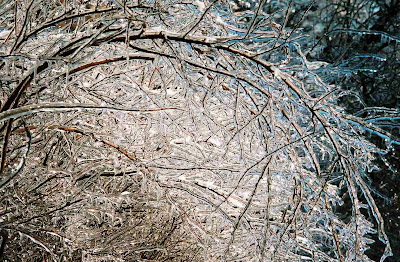 Well, the first sight of the Arb was more than promising, it was breath-taking. It hadn't been bad the day before without snow and a misty surroundings, as will be remembered: 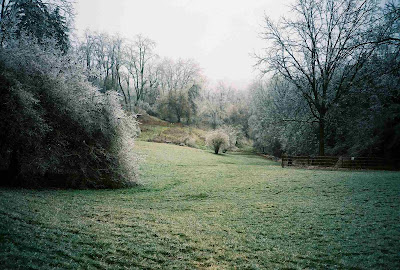 But this time, it was just beyond anything: 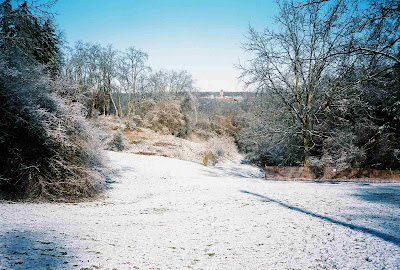 Well, looking at the landscape with the sun in your back wasn't bad, but turning around and looking at the ice against the sun was not what one would call boring either: 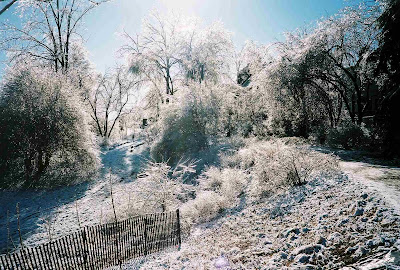 The forests were almost deprived of birds (the creepy side to icy rain) but the trees just about managed to look good by themselves and without their usual avian decor. 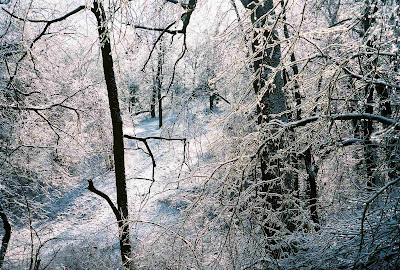 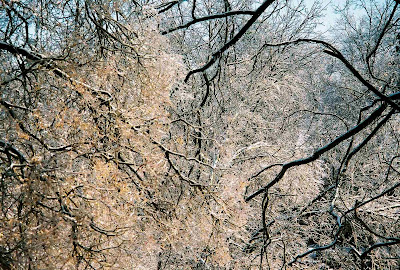 I especially liked the sharp contrast of the black branches and the sparkling ice against the blue sky. Apparently I have always had a weakness for branches and my mom always told me that I would sit underneath a tree as a baby and just watch the leaves and branches for hours moving in the wind. It doesn't seem to have changed in the last 35 years because I still get the thrills out of sights like this one: 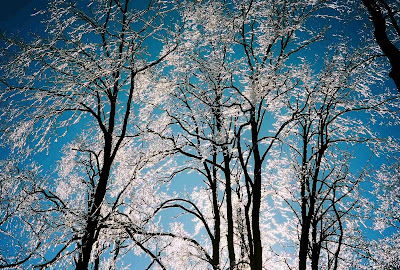 Even though bird numbers were low, with just a few species around like Northern Cardinals and American Robins, the local squirrels were putting on quite a show. There are three species of squirrels in addition to the vicious chipmunks at the Arb and it is great fun to watch them, I might write a bit about them at some point later. Meanwhile, here's a few picks: 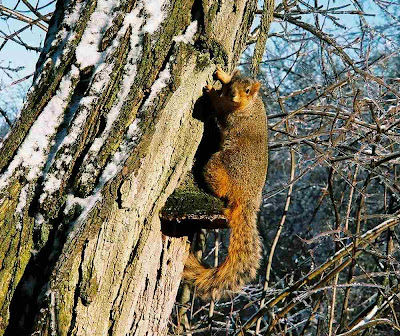 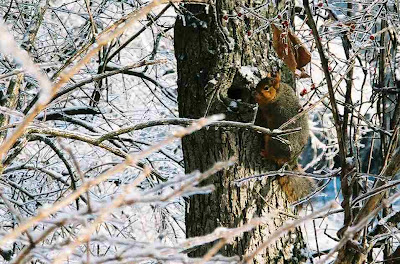 Here below , the small tree on the left, that's Old Faithful, who faithfully kept all his branches. 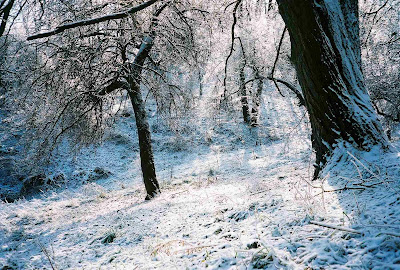 There are quite a few American Robins still around, the most numerous species at the moment, and they just love to get a buzz feeding on the fermented berries. And as true gourmets, they surely enjoyed their chance to taste some selected berry sorbets. 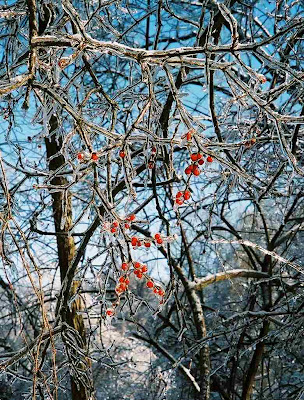 The last few pictures are impressions from the Dow Prairie part of the Arb. There were still a few American Tree Sparrows around and to get an impression of how neat they can look under these circumstances, please visit the gallery of Andreas Kanon here. It is not possible to link to specific photos directly, so please go to his gallery, select "Sparrows" and then enjoy. Or just look through all of his pictures until you find the sparrow, you're likely to do so anyway... 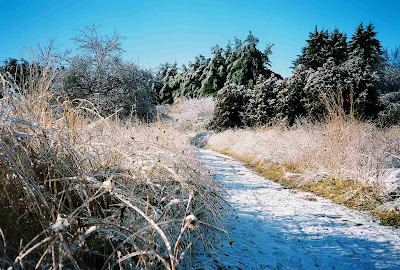 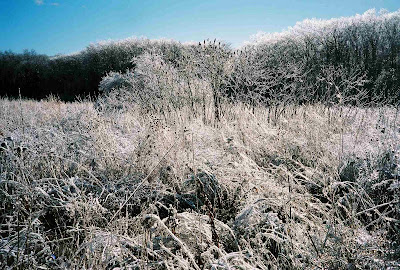 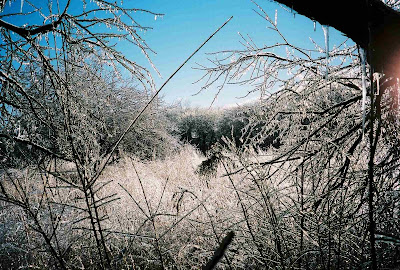 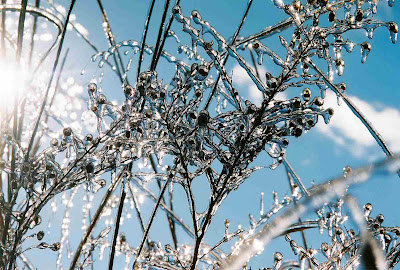 You are truly the "Bogbumper of Ann Arbor" (which is a compliment by the way :)

Yes, John, this winter's birding seems to be centered around birds, berries and snow! Freshly fallen snow and a Cardinal in a bush full of berries are hard to beat.
Thanks, Charlie, my honour ;))