What do these two statements have in common?

They are utterly untrue!

I will leave the global warming talk to others but would like to mention here that my wife and I were recently able - after years of research and expeditions - to provide definite proof of the Dinosaur's survival until this present day at Michigan's Lake Erie Metro Park.

How did they go undetected for so long?

Well, they spend all year in the rotten and muddy swamps of North America's most vicious wilderness areas where they hide in the mud to prey on unwary fish, amphibians and toes of reckless swimmers, only to emerge each year in early June to lay their eggs on dirt roads or other places no one would think of searching and prepare to get back what mammals had taken from them so long ago: world domination!

You don't believe me?

Well, seeing is believing and here are the pictures... 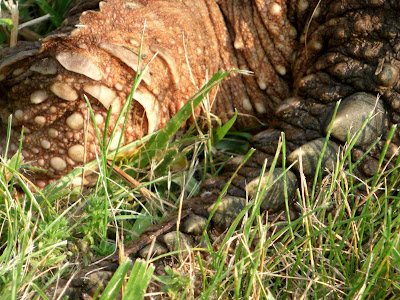 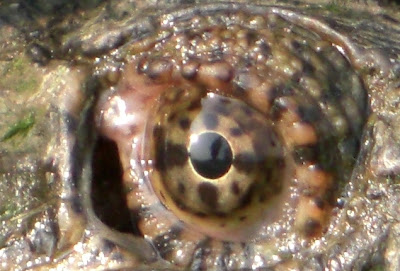 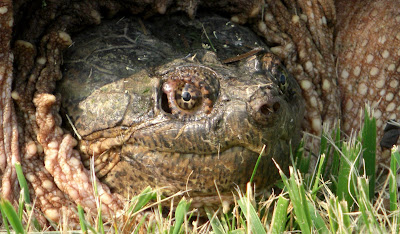 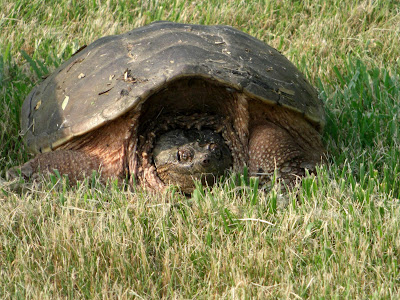 On that very same day, we were also able to prove why European Starlings are so successful in North America. They simply have adapted to mammalian food and prey like hawks on small rodents and other mammals up to the size of Rabbits.

As hard to believe as it may be, yet again we have photographic evidence that no one can deny! 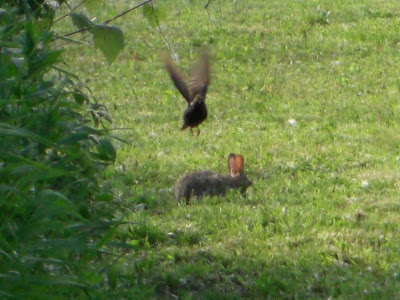 Aren't you glad you read Belltower Birding?
Posted by Jochen at 19:36

Stop messing with me!-I work two jobs and my brain can't keep up.
-nice close-up shots by the way.

I suspected this all along!

Larry - you have to face the facts despite the two jobs! If we don't watch those critters, they may take over again.

Well, Patrick, you may have suspected it, but we were able to prove it. Okay, you may be invited as a co-author on our Science-paper!