From Hiatus to Hibernation

Well, when I announced that I would be taking a hiatus because of private stuff and work, I didn't know that the private stuff would not only entail the things I knew back then but also that I'd have to move to a new apartment in early October.

Clearly one of the hard-hitting unknown unknowns.

So that's what I did in early October: move approximately three miles to the North of Leimen, right into a more or less lovely neighbourhood of Rohrbach - still south of Heidelberg and still as ugly as it gets for a birder.

I also realized that this hiatus would likely last longer than I had expected it to last, and as the stats show that - understandably - hardly anyone still visits this blog on occasion, I decided to follow the luring calls of the good folks of 10,000 Birds to become one of their beat writers.

This means you'll at least get to avoid one new post from me each months, which will appear on the 10,000 Birds blog that you are all reading anyway and which therefore makes much more sense than to post it here where only Asian spammers occasionally make themselves heard.

The details on how exactly I ended up joining the 10,000 Birds beat blogger cast will be published here on Belltower Birding on the day my first post goes up on 10,000 Birds, which will be November the 10th.

And in case you were wondering what I was taking a picture of on the picture of me in the profile: 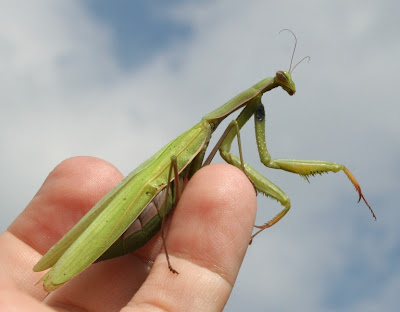 Hey good news!!!! I use google reader, which to some extend reduce the number of visits to your blog (I only read it when there is something new...).

You must be moving on up - you have non-Asian spam now!

I'm just glad that you'll be blogging again, wherever it is.

Welcome back from limbo, Jochen. Looking forward to reading your posts on 10,000 birds.

Good to hear from you.
Now, don't take this as Asian spam!
Look forward to your 10,000 Birds posting.