When I travelled through southern Ontario and Michigan in May 2005, I had my trusty old camera equipment from the 1980s with me, the monstrous and scary yet somehow pretty good Novoflex lens and an old Minolta Camera, like this one. As you can see, it did not have a winder and you had to transport the film yourself after every shot. I got pretty quick at this over the years, but that speed apparently worked hard on the camera's mechanics as I usually was only able to use them for two to three years until the film transportation system would collapse and I was forced to get a new camera.
And this is what happened during my trip through North America in May 2005, after I had found a Porcupine during a hike around Trout Lake. Here's the last picture I was able to take, and then the curtain fell completely, literally. 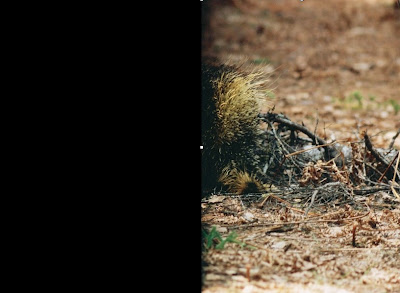 Back in Germany I enquired about a new X 700 but was told these were not being produced anymore and I'd have to get one second hand, best through eBay or other Internet sources.
Well, sure I could have organized myself another antique camera, after all they really weren't bad, but I decided this was a sign, a little hint by fate to push me towards digital photography.
Problem was: finances were not overly abundant after a trip to another continent and so it took me a long, long time - the longest time ever without a camera since I was 11 years old - until I received a new and - yes - digital SLR at the end of last week.
It's nothing overly fancy of course and once I have tested it enough to know what I am talking about I might write a review on this blog, but I am sure it will serve well to put more colour onto this humble blog and more belief in my future claims of Bachman's Warblers and Labrador Ducks along the Huron River.


Frankly, I had not realized just how massively outdated my equipment and thus myself had been back until 2005 and when I went to the Arb on Sunday with my wife to test the new camera (my wife also got herself a really cool point-and-shoot), I had the distinct feeling of having switched from this to this without having first obtained my PhD in Astrophysics and the latter being a big mistake.

Oh dear, how was I going to cope?

Well, I need a lot of practice, particularly preventing camera shake from not holding still enough (the Novoflex was much more heavy which meant there was little risk of your pulse messing up your image as in this light-weight equipment), but considering I had pictures like this on my blog before ... 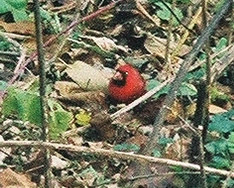 it seems I am doing much better with this now: 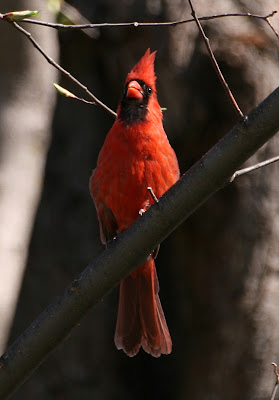 This (above) was actually the first ever bird picture with the new camera, and even though the Cardinal is not sitting in a bush with snow, it is still a worthy reintroduction of the photographing Belltowerbirder to the wild.
Northern Cardinals are actually such nice and obeying photo objects that I managed a few more shots. I know these pictures are not so special, but hey, this is my new camera and these are actually pictures I took myself, not just links to other pages, so you'll have to live with it for a while! Therefore, here are the Northern Cardinals: 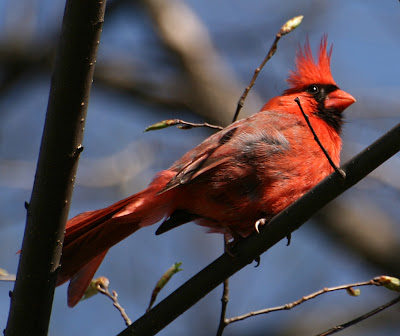 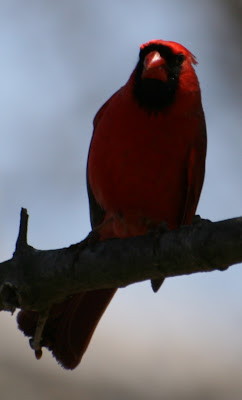 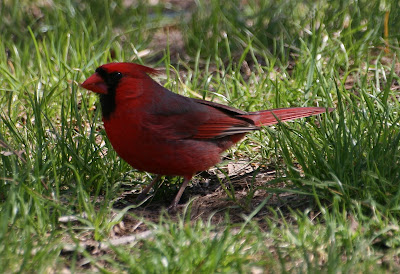 We spent a total of 3 hours at the Arb around noon and it was yet again rather busy - weekend - but less crowded than before with most students gone (summer break). Bird life was not so abundant due to the time of day and people around, and I was focusing with and on my camera anyway and not fully paying attention to every peep from the canopy and rustling of leaves from the forest floor (it is very difficult to handle an auto focus for the very first time in your life, I can assure you that in case you have forgotten).
Photo opportunities came in the form of the Superior Raptork (formerly called Turkey Vulture) at the beach section, and I tried to make the most of my chance and obtain a decent image. 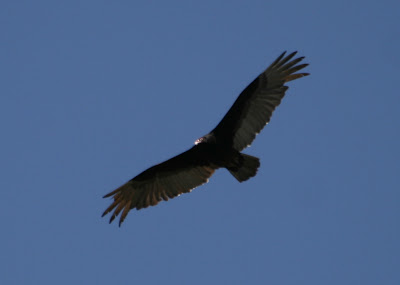 Of course, Belltower Birding always thrives to deliver insights beyond the cool and one of the advantages of a 10 Mega pixel camera is that you can zoom in quite nicely. What follows is heavily cropped, but it allows us to age the bird. The facial skin is still clearly blackish and not fully and bright red as it should be for an adult, and the bill is still dark instead of Ivory (oh, the word) as in decent adults, so there we have it aged: a bird in its second calendar year, which will soon be celebrating its first birthday.

I have now been in Ann Arbor more than half a year and my new camera now finally allowed me to thank the city and South-East Michigan in general for the Barred and Snowy Owl, for the Black-throated Gray Warbler, the Red-shouldered Hawks, Lesser Scaups and all those other lifers and goodies. Thank you all, you're great and GO BLUE !!! 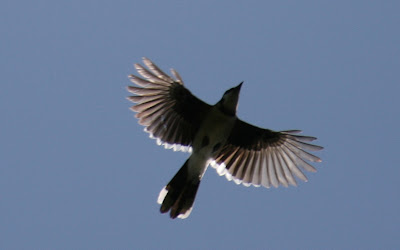 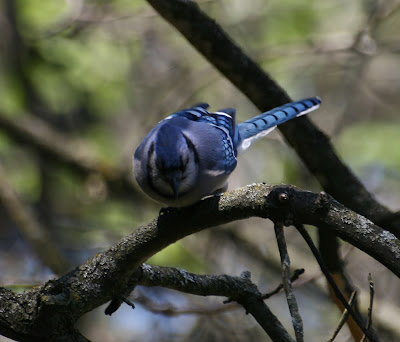 And last but not least for the first day out with a brand new camera, the warbler pics I got.

This is where the auto focus of my camera realized how unfortunate it was to have ended in the hands of a bird photographer. The camera struggled and it worked and it cursed and it wished an old nanny would have bought it to take pictures of her little doggies but no, it had to be warblers in a sea of twigs and leaves. Here are the least shameful results. I suppose I still need to make a few changes on the technical settings of the camera, but I'll work it out before the arrival of the Swainson's Warblers at the Arb, for sure. I had temporarily wondered if it was possible to publish these as proof for Ivory-billed Woodpeckers in Michigan and buy myself a nice little house in Costa Rica from the funding I'd receive, like Rancho Naturalista. But I guess I am just an honest guy, so here are some pictures of Yellow-rumped Warblers from the Arb last Sunday... 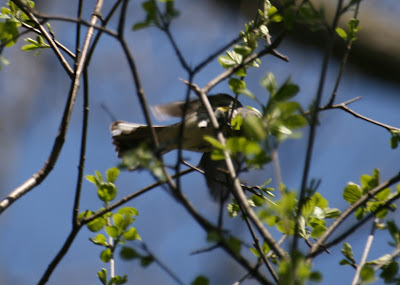 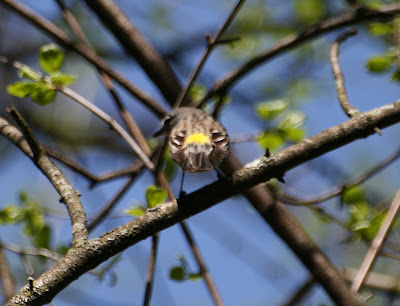 So let's go then, bring on spring migration !
Posted by Jochen at 17:18

Wait until tomorrow at Crane Creek!!

You've got some nice pictures going on there.-I bought an automatic camera because I thought it would be idiot proof.-problem is that you still have to work at it to get a decent picture.

welcome to the digital club...I still miss my old film camera but I love digital!

"nice and obeying photo subjects"???? I've chased one cardinal around for hours waiting for him to sit still someplace where he's not completely invisible!

That's what I love about digital cameras - 200 pictures to get a couple of good shots, and it doesn't cost any more than just getting two or three.

I've been loving getting to know my digital camera -- I can't imagine the expense of this kind of learning with a film camera.

I have only been taking pictures with my camera for a few days but am overwhelmed with joy, the 10 megapixels are amazing!
Seen that Whip-poor-will on my latest post?
The bird is a cropped version of the picture above, you can even see the vermiculation on its breast!

The trick with Cardinals is to go where many other people go and they are not so shy and then let them come to you, not vice versa, which might take some time but makes for good picture opportunities...

Yes, the fact that you can shoot away with digital is a blessing, I am currently trying to photograph Chimney Swifts in front of my flat window and have been taking pictures of European common Swifts back in Germany with an ordinary film camera. It took me two years and more than 1000 pictures to obtain literally a handful of not entirely bad pictures. The film costs alone would have probably bought me a decent digital camera!

there is also another blog i found www.attractingsongbirds.blogspot.com u should go there and leave comments!!